Johannesburg, February 15th, 2020 – The Ichikowitz Family Foundation and the African Pangolin Working Group are pleased to commemorate World Pangolin Day, celebrating one of the more elusive mammals indigenous to Africa and Asia, by announcing the launch of a world-first dedicated Pangolin Counter Poaching Unit and Pangalorium research and treatment centre. 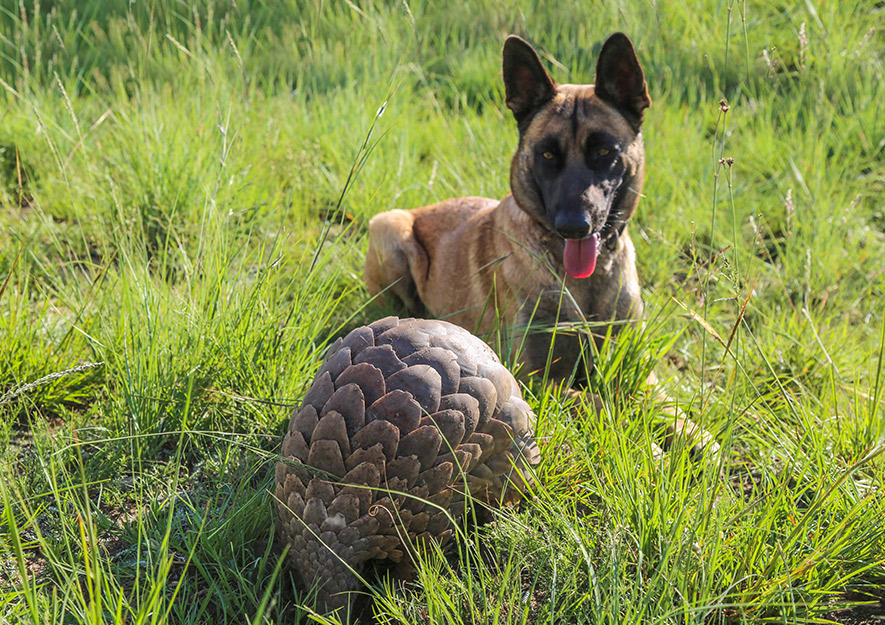 The Ichikowitz Family Foundation in its capacity as patron of the Pangolin Counter Poaching Unit has donated the land and will break ground on the development of a purpose-built ‘Pangalorium’ which is also a world first, a facility headquartered in South Africa, consisting of a dedicated research, treatment and rehabilitation centre; a hub for releasing pangolins back into the wild. The Pangalorium and its staff, which are fully funded by the Foundation, will meet the pressing demand for a centre dedicated to the preservation of pangolins, by bringing together various disciplines and expertise to help with the detection, treatment, rehabilitation and reintroduction of pangolins into the wild.

The Foundation is also funding the staff of the Pangolin Counter Poaching Unit who are engaging with Law and Order agencies to assist in Pangolin detection and seizures. The unit consists of a manager and a dedicated K9 team, the handler and the world’s first K9 trained to detect pangolin scales. The Belgian Mallinois dog, named ‘Havock’, is specifically trained by Paramount K9 Solutions on the scent of all four African pangolin varieties and is able to detect pangolin scent in transport containers and baggage in heavily trafficked arenas, such as airports.

Director of the Ichikowitz Foundation, Eric Ichikowitz, stated that, “Our planet is experiencing alarming levels of species loss, caused, in large part, by intensified poaching. Greater international support is necessary to counter what is a globalizing industry of illicit wildlife trafficking, causing what may lead to the silent extinction of the pangolin and a crisis with a myriad of international security and health ramifications. In kind, it is imperative that alongside governmental and non-governmental organizations alike, we formulate a more united, intuitive response to this catalyst to further wide-ranging threats”.

Professor Ray Jansen of the African Pangolin Working Group (APWG) added that, ”The APWG are extremely grateful to the Ichikowitz Foundation for sponsorship of the K9 unit and Pangalorium, without which our organization would be less effective in counter poaching operations and the effective treatment and rehabilitation of compromised pangolins would be so much more difficult. This generous contribution to the conservation of African pangolins by the IFF is making a significant contribution to turning the illegal trade in pangolins in South Africa”.

Pangolin scales are comprised of nothing more than keratin, a protein that makes up fingernails, hair, horns, claws, and hooves, with no scientifically-proven medicinal value. Nonetheless, demand for their scales persists and is often supplied through illegal trafficking by organized, militarized cabals. 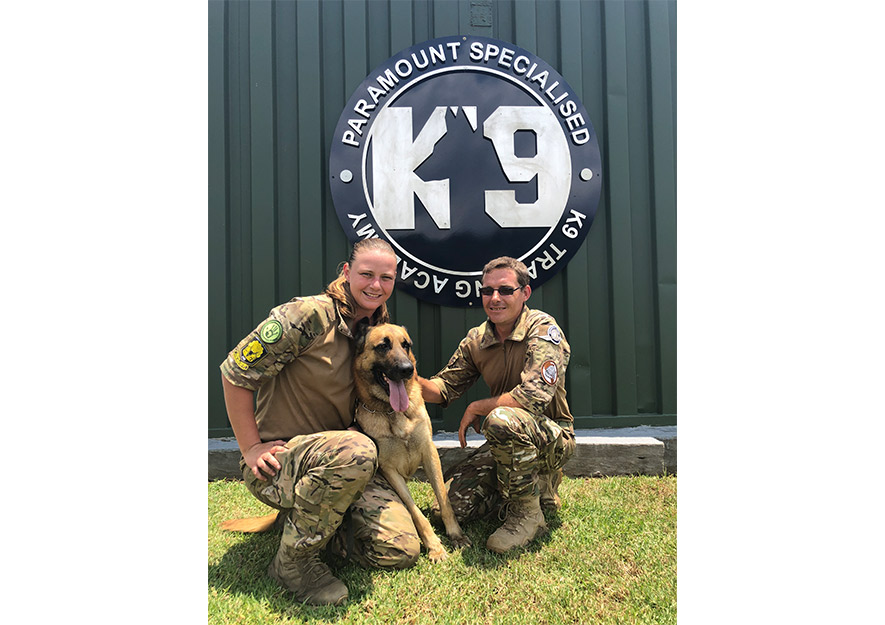 The Foundation has further deemed the occasion an important moment to raise greater awareness to the ongoing plight and what portends to be the ‘silent extinction’ of the most trafficked mammal on the planet, if not met with action.

In 2020, it has been purported that one pangolin is poached from the wild every five minutes. Conservationists have gone on to suggest that well over 1 million pangolins have been poached since the year 2000, with ever-growing statistics being made available on what is the continued illegal trafficking of pangolins and their scales to meet black-market demand.

Despite a 2016 agreement having been signed by over 180 governments to seek to end the legal trade of pangolins, cumulative trade in the illicit trafficking of African pangolin scales has grown year on year, with the practice having advanced to reach worldwide magnitude. 97 tons of pangolin scales representing in excess of 150,000 pangolins was intercepted leaving Africa in 2019.  In April of 2019 alone, authorities in Singapore seized 25.6 tons of pangolin scales, carrying an estimated worth of $76.5 million. In December, a shipment of 50,000 pangolins from Africa was intercepted and the animals confiscated from traffickers in China.

Ichikowitz, added that, “The Ichikowitz Family Foundation has for over a decade proudly taken a conservation leadership role within Africa that has been globally recognized. Part of that distinction has been earned by seizing every opportunity to create interventions that make a tangible, significant impact and help address the challenges placed upon the dwindling pangolin population, while raising greater awareness to their ongoing plight in the process. As this silent extinction grows in scale and global reach, tactics such as upskilling rangers, sponsoring handler training and the deployment of K9 units abroad serve as part of the many components necessary to ultimately, conserve Africa’s wildlife.

Our Foundation remains committed to expanding in scale, scope and reach to take on the insidious threat posed to the pangolin, among other victims of illicit wildlife trafficking. On World Pangolin Day, let us recognize that this struggle in their defence is at the crux of preserving our continent’s rich heritage and culture for generations to come.”